I begun the unnerving task of writing my first, feature-length screenplay – Downward Mobility – recently. Months of planning, treatments, pitches and character profiles behind me, I now begin at the start line as it were!

The story has been carved out, it just needs a gentle sanding . However, I am now charged with the mammoth, albeit enjoyable,  task of communicating that story for producers, actors and directors to interpret. Remarkably, I’m discovering that the most difficult undertaking is capturing the economic-simplicity of a screenplay.

END_OF_DOCUMENT_TOKEN_TO_BE_REPLACED

Nature of Youth and Experience

The approaching summer always inspires in me the nostalgia of my spring. The days when me and my oldest friend would wander across the fields of his father’s farm. Meandering around cow dung, past brambles and frog spawn in search of nothing and yet with the unfaltering  purpose which comes with youth. We were in one sense adventurers & explorers and in another lords or all that we surveyed. The countryside was ours for the taking. We cared little for the path that we undertook or for the world that lay before us. And if the world failed to satisfy that thirst for exploration then our ample imaginations would naturally fill the void.

END_OF_DOCUMENT_TOKEN_TO_BE_REPLACED

So, is Blogging Devaluing the Typed Word? 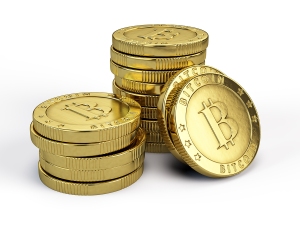 I find the easiest way to address this is to quote Melissa’s concise response to my question: ‘At what point do you believe that written work becomes worthy of a monetary value?’ She stated simply, ‘when it is well written.’ (See An Interview With Melissa Foster). In many ways this sums up my research. The ‘word’ will always have an inherent value to it. Whether it be written or typed a value will always be there.

END_OF_DOCUMENT_TOKEN_TO_BE_REPLACED

The question now becomes, does blogging have an effect on one’s chances of becoming published and therefore, increase writer’s monetary wealth in this way? It is at this point that the argument becomes more fluid and simple ‘yes’ or ‘no’ answers really won’t suffice.

Both Luke O’ Neil[1] & Melissa Foster[2] have praised blogging as a method of promotion for writers as have all but one of the writers that I surveyed[3]. Therefore, it can be asserted that blogging isn’t devaluing the written word in this sense. By contrast, it is instead giving value to it as a promotional tool for writers. Nevertheless, it is far too simplistic to simply state that blogging does add value and publication potential to one’s work. However, there are other factors at play, naturally, that need to be looked into deeper for a balanced analysis to be achieved.

END_OF_DOCUMENT_TOKEN_TO_BE_REPLACED

An Interview with Melissa Foster

Melissa Foster[1] kindly agreed to an interview with me as part of my research into blogging and the value of the typed word. Melissa is a best-selling author and a role model for anyone struggling in the indie and self-publishing market. She has previously written about how self-publishing can have a negative effect on the quality of the publishing industry[2]. Therefore, she proved a very interesting person to speak to with regards blogging and the publishing industry.

You’ve suggested that ‘self-published authors are devaluing the written word’. What impact do you think bloggers are having on it?

I actually think bloggers add value to the Internet world. Everyone has an opinion, and it’s interesting and conversation worthy (most times) to gain insight into many different opinions. I’m personally thankful to many bloggers who have become my personal friends and colleagues.

END_OF_DOCUMENT_TOKEN_TO_BE_REPLACED

An Interview with Luke O’ Neil

Luke O’ Neil[1] very kindly agreed to be interviewed as part of my research into blogging and the value of the typed word. Luke is a regular contributor to the Boston Globe, Esquire, Bullett & MTV Buzzworthy. He has previously suggested the necessity for young writers to give away their work for free[2] and he is a blogger himself. I asked Luke some questions in order to gain a greater understanding of his opinions and his experiences. Luke’s answers give an interesting insight into blogging & writing and further provided sound advice for any novice writer.

At what point do you believe that written work becomes worthy of a monetary value?

Well, a capitalistic reading of it would say that if someone is willing to pay you for them then it has value, and if they aren’t then it doesn’t. But that’s a bit simplistic, because you may have simply not found the appropriate marketplace in which to sell your goods. I think most people, if they’re being honest, can tell when they’ve done something that has taken time and effort and is something that someone would actually want to read. Although this sort of perspective comes with having spent time in the business, so maybe most younger writers are clueless and think everything they’ve done is great. That’s probably the case now that I think of it. I was an idiot when I was young too.

END_OF_DOCUMENT_TOKEN_TO_BE_REPLACED

I’m continuing with my research into the effect that blogging is having on modern day writing. I’ve already gathered some very interesting information from my survey and many thanks again to everyone for their help.

I’m now arranging interviews with writers, bloggers & publishers in order to get opinions on the effect that blogging is having  on writers. If you’re interested is sharing your experiences, ideas or opinions then I’d love to hear from you. I’m interested in finding out how bloggers feel about blogging and the effects that it is having on their careers.  I’ll post the interview on my blog and credit all of your opinions as your own.

I look forward from hearing from you. 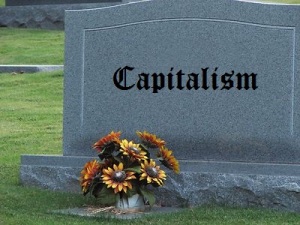 Are WordPress writers, YouTube musicians & Instagram photographers the new generation of starving artists or the pioneers of a new economic system? As some of you already know, I’m completing some research on the whether blogging devalues the written word[1]. However, I’ve come across an interesting article[2] that suggests that they might instead be the first ‘chosen few’ onto the proverbial Arc as it were, while capitalism is swept away in the flood leaving the earth cleansed.

END_OF_DOCUMENT_TOKEN_TO_BE_REPLACED

The cost of the typed word

So everyone, I’m starting a project about writers blogging and the potential for devaluation of intellectual property. I think that this must be an issue at the back of every blogger writers mind. We blog for exposure, for pleasure and to connect with people; this seems needless to say. Further, not everything we produce could be said to have a monetary value – this project for example which I am completing for my MA. However, where then, as writers, do we draw the line? That short story you’ve been working on? The novel you’ve just given the final proofread to? The screenplay you’re struggling to find an agent for? Should you post it online for free? Why? Why not?

I think that we all have our own ideas of where exposure – literary or otherwise – turns from the golden tan to sunstroke. In the coming weeks I’ll be delving deeper down the rabbit-hole and asking bloggers and writers how they tread the tightrope between what they should give away and what they expect payment for.

I’m more than happy to hear anyone’s views on this matter so feel free to comment on the post, send me an email: olearyac1@gmail.com or ask for a questionnaire if that helps.

The Story as an Organism 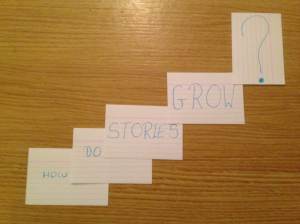 I know this may seem strange, but to me a story is like an organism. It’s alive in itself. I’ve been thinking a lot more about this concept in my work. I don’t feel like I am the person that controls the world, in a way. I’m the one that designs it. However, it’s not really my decision what the characters actually do in the world that I give them. I’m aware of the hypocrisy & ludicrous nature of such a statement. Though, it seems like the most honest way that I can describe the process for me as a writer.