An Interview with Luke O’ Neil 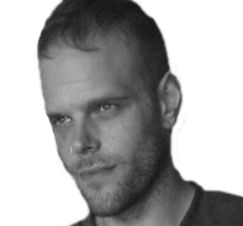 Luke O’ Neil[1] very kindly agreed to be interviewed as part of my research into blogging and the value of the typed word. Luke is a regular contributor to the Boston Globe, Esquire, Bullett & MTV Buzzworthy. He has previously suggested the necessity for young writers to give away their work for free[2] and he is a blogger himself. I asked Luke some questions in order to gain a greater understanding of his opinions and his experiences. Luke’s answers give an interesting insight into blogging & writing and further provided sound advice for any novice writer.

At what point do you believe that written work becomes worthy of a monetary value?

Well, a capitalistic reading of it would say that if someone is willing to pay you for them then it has value, and if they aren’t then it doesn’t. But that’s a bit simplistic, because you may have simply not found the appropriate marketplace in which to sell your goods. I think most people, if they’re being honest, can tell when they’ve done something that has taken time and effort and is something that someone would actually want to read. Although this sort of perspective comes with having spent time in the business, so maybe most younger writers are clueless and think everything they’ve done is great. That’s probably the case now that I think of it. I was an idiot when I was young too.

What do you think is the best course of action for a ‘non-professional’ writer to cross the threshold into the professional world?

Relentlessness in the face of constant rejection. Specification of subject matter, meaning, learn and write about something that there aren’t already ten thousand people covering and make it your own. Surprise an editor with something they haven’t already gotten 100 stories on. Repeat this process for a couple years while working another part time job. Or just be brilliant. Or rich and connected.

Do you think that bloggers are having an effect on their own personal publication chances through blogging? Or is the greater issue what they are doing to the craft as a whole.

I think blogging is both a great springboard for talent to be found, but since there are so many of them it’s hard to stand out. Much of it is shit. Anyone who wants to be paid someday for their writing should be blogging frequently and trying to get it in front of an audience. Easier said than done. The caveat is, don’t promote crap. Getting something bad you’ve written noticed by an editor can be just as bad for your career as getting something well done can be good.

What do you see as the future of writing? Will it continue to become deprofessionalised or is quality control due to make a resurgence?

This is sort of a huge question. I think we’ll stumble along this same path we’re on for the next 5 years anyway. Things will have to get smaller at some point, and certain publications will divest themselves from the internet model and try to make a return to smaller, slower, quality. Hopefully some of them will make it.

One response to “An Interview with Luke O’ Neil”