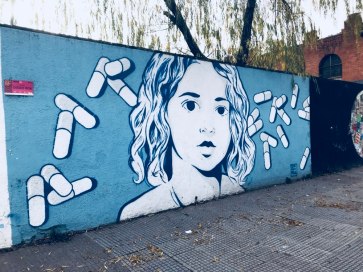 There’s something distinctly celebratory about Buenos Aires and Santiago de Chile’s street art. In contrast to a great deal of the street art I’ve seen across Europe – which is often equal in terms of beauty – there appears a greater respect given to its craft and production in these cities.

All too often a pointless ‘tag’, mere vandalising, or governmental ‘clean-up’ attempts mar the beauty of the pieces. This even extends to pieces by, now mainstream and accepted, artists such as Banksy. 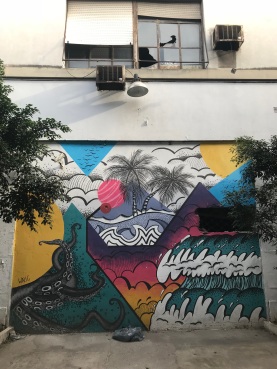 However, street art in these cities is protected – not in any literal sense – but more, it would seem, as an unwritten rule. Further it has a vision sometimes lacking in street art elsewhere. The Central Bank in Athens – as I’ve written about previously – was covered in symbols on distain and pain. Yet it lacked any clear sense of purpose and style. In contrast an old central bank in Buenos Aires carries far clearer visions and metaphorical portrayals of poverty and greed along its walls. 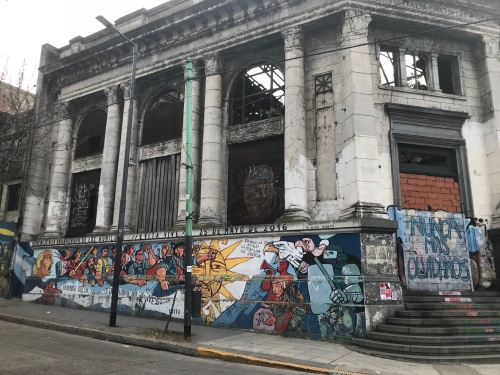 Similarly, shop fronts at times, especially in Santiago de Chile, show the pride and acceptance of street art, commissioning pieces to advertise, or decorate their facades. Though, such sights can be seen in Europe, they more often then not have a contrived sense of edginess and alternativism about them. In these cities though, it seems more of a natural, everyday vibe is created. 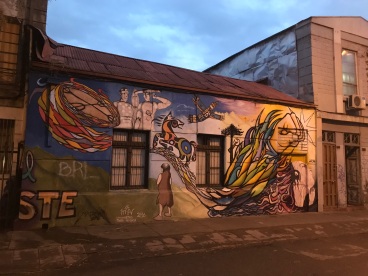 Perhaps the most interesting mixing of street art and culture was near the church on San Christobal Hill where hippyesque images and crucifixes blend together rather beautifully. 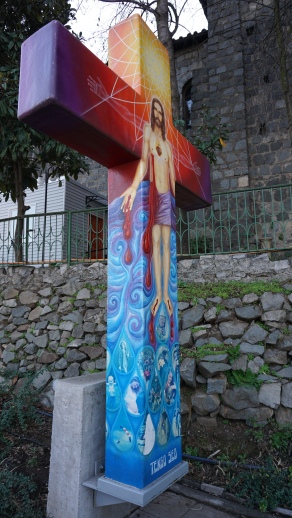 Whatever the reasoning behind these cultural mixes and the reverence of street art, it’s little short of fascinating and joyous to imbibe.