The Forgotten Price of Haggling in the Medinas of Marrakesh

The souks of Marrakesh’s Medina certainly seem like a throwback to the Medieval and the forgotten. If it wasn’t for the marketers touting the usual tourist tack, the ubiquitous bottles of Coca-Cola and the mesmerised tourists it would seem like a forgotten time. The chaos, the smells and the products have, sadly, long been cleansed from the streets of Europe. With them the art of haggling has long since been eliminated from common practice. The art of haggling has more or less collapsed in Europe about 150 years ago. And with it, it has taken our ability to partake successfully in the practice.

However, for better or worse, it still lives and prospers in the Medinas of Morocco. What’s particularly fascinating, for me, about the process is that it has its own etiquette. If you read the many travel bloggers on the subject you’ll learn: it’s essential to remain cheerful, about 50% or less of the asking price is normal, and that it’s rude to not engage in the process. It therefore seems to be as much a game of bluffing and strategy as it does an exchange of goods and services. It therefore takes on a cultural significance as much as an economical one as far as I’ve seen. The medinas also show how this cultural practice and – more specifically – the art of selling are an intrinsic part of Moroccan culture. 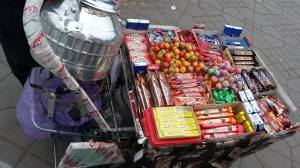 Salesmanship in Morocco is a cultural practice that appears akin to education. It’s a sad fact of Morocco’s deprived that children are raised as merchants. As soon as they can walk they are used by parents – with little alternative – to flog packets of tissues and macaroons to tourists. Then soon after puberty they are employed to move stock and peddle clothes and ceramics. It is in some ways tragic that formal education is dismissed in lieu of a practical education in the medina. Moreover an existence of scraping a living through sales is almost preordained at birth for the disenfranchised.

On the other hand, arguably it produces much better prospects than it does in other parts of the world for the poor. At least they gain a skill and a purpose for the future. It’s more than the poor can boast in other states. Though it does still seem tragic – especially as a teacher – to know that these children have little else but haggling with tourists in their future. At four they are selling tissues with snotty noses and dirty clothes and in twenty years the best they could hope of is to be flogging fake designer bags to tourists eager to haggle the best price.

It really make me think whether arguing over that last 10 or 20 Durham (€1-2) is really worth it. Won’t it mean more for them then if it ends up as a cup of coffee for me back home? Although, should I just accept the cultural practices and their etiquette as they stand? 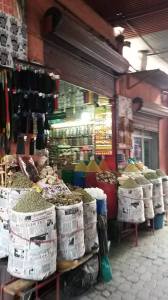