The Unattainable Joy of Childhood 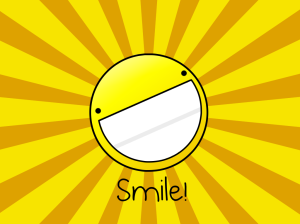 Why is it impossible to reach the level of uncontrollable excitement and happiness that we took for granted as children? I had a class recently of children – who are younger than the teenagers I usually teach – and I was amazed and astonished with the level of joy that children can gain from the simplest of stimuli.

Two children from the lesson were performing a little play they had written using stuffed animals as the ‘actors’. I observed the class’s behaviour as they eyed the performance with awe like they were witnessing the Second Coming of Christ on Judgement Day. One nine-year-old boy particularly drew my interest with the fact that his ethereal little frame lay powerless to control the prodigious levels of boisterous enthusiasm boiling within him.

First his mouth curled into a smile that seemed to engulf his little face. This was quickly followed by giggles that inspired a cacophony of laughter sounds. It soon became clear that such levels of excitement were pathetically incapable of displaying his enjoyment. It was at this point that his body began to twitch, and then shake, and soon he could do little else to outwardly express his joy except begin to climb upon the table in front of him in order to use every power and source at his disposal to express his inner elation.

I watched and felt great happiness myself as I watched his joy, but felt somewhat emotionally impoverished afterwards. Uncontrollable excitement it seems leaves us as we reach adulthood and though we can reach immense happiness; we never truly reach a level of joy with which our bodies are incapable of containing – or so it feels…